Glory bow out to Sky Blues 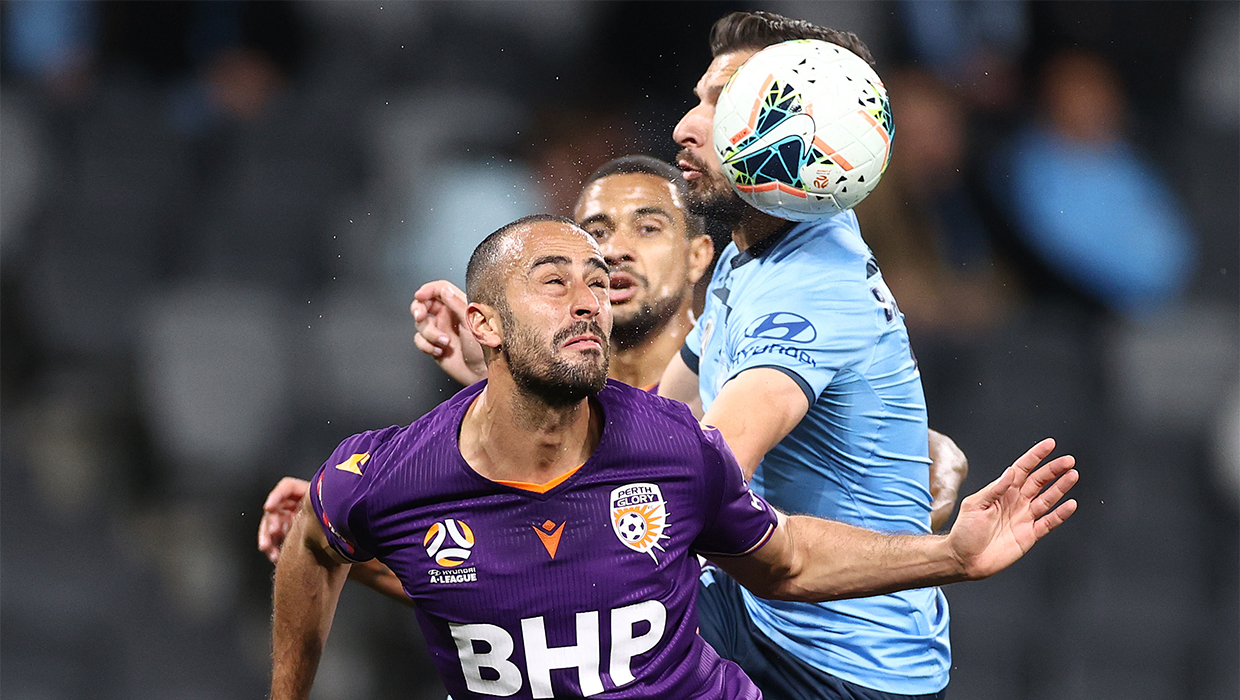 Glory’s 2019/20 Hyundai A-League campaign came to an end at the Semi-Final stage on Wednesday evening as first-half goals from Milos Ninkovic and Adam Le Fondre steered Sydney FC to a 2-0 win at Bankwest Stadium.

Looking to avenge last season’s Grand Final defeat at the hands of the Sky Blues, Glory found themselves with a mountain to climb when Steve Corica’s side struck twice within four minutes, Ninkovic firing home the first from inside the box and Le Fondre capitalising upon Liam Reddy’s error to claim the second.

Joel Chianese came close to grabbing a lifeline for the men in purple early in the second half, bending a fine strike narrowly wide and Bruno Fornaroli managed to strike both posts with an angled drive late on, but Glory were ultimately unable to derail Sydney’s quest for a Premiership-Championship double.

In his post-game comments, Glory Head Coach Tony Popovic was quick to praise both Sydney FC and the character shown by his own players.

“Congratulations to Sydney FC for making the Final,” he said.

“I thought we withstood some of the pressure early, but they seemed very fresh and a very aggressive at the start and we didn’t really match that aggression.

“We came into the game in the last 15 minutes [of the first-half] when it was already 2-0 and we continued that in the second, but the difference was that they were clinical.

“We probably had the best chance in the game just after half-time and we were in the ascendancy but it just wouldn’t fall for us and then Bruno had that shot which hit both posts with 15-odd minutes to go.

“The effort was excellent and I can’t complain about that or the character they showed to come back.

“I thought it was outstanding.”

Looking well rested after a ten-day turnaround, the New South Welshmen came flying out of the blocks and went close to opening the scoring on three occasions inside the opening 19 minutes.

The Sky Blues were not to be denied for long, however, as Paulo Retre’s ball into the box, which was initially aimed towards Le Fondre, deflected into the path of Ninkovic who unhesitatingly swept home his sixth goal of the season.

And 1-0 became 2-0 four minutes later when Reddy was caught in possession by Le Fondre who slid the ball over the line despite the Glory ‘keeper’s best efforts to recover.

The WA side’s first shot across the bows, meanwhile, arrived just after the half-hour mark when a Neil Kilkenny corner was only cleared as far as Ivan Franjic who was unable to keep his fierce shot on target.

Glory needed an instant response at the start of the second half and they so very nearly produced one, Chianese holding his run to latch onto Fornaroli’s through-ball, but then bending his shot centimetres wide of Andrew Redmayne’s left post.

The next clear-cut chance of a lively contest fell the way of Sydney, Luke Brattan driving a shot over the bar after bursting into the box, before Glory substitute Dane Ingham almost managed to force Kilkenny’s lofted ball past the onrushing Andrew Redmayne.

The Sydney goal then seemed to enjoy a charmed life as Fornaroli’s shot from a narrow angle managed to clip the near post and the far post without crossing the line and for all their endeavours in the latter stages, Glory’s valiant bid to set up a grandstand finish fell short.