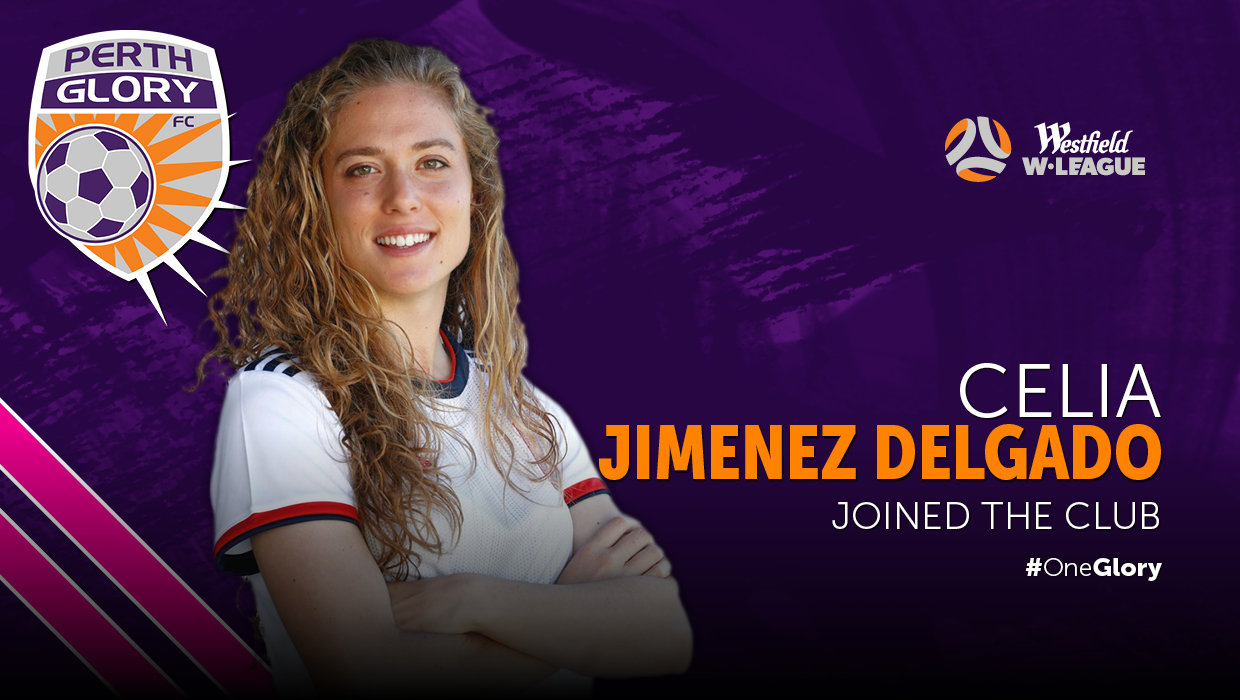 Perth Glory is delighted to announce that Spanish international Celia Jimenez Delgado (known as Celia) has joined the club for the Westfield W-League 2019/20 Season (subject to international clearance).

The 24-year-old will arrive in WA fresh from a successful US National Women’s Soccer League (NWSL) season with Reign FC in which she made 13 appearances as the Seattle-based club reached the semi-finals.

Equally comfortable operating as a midfielder, wing-back or orthodox full-back, Celia represented Spain at both the 2015 and 2019 World Cup having been previously capped at Under-17 and Under-19 level.

2019 will mark her first appearance in the Westfield W-League and she is relishing the prospect of helping Glory to enjoy another successful campaign.

“I am excited to play in the W-League,” she said,”and I believe this is a great opportunity to keep growing as a player.

“Perth had a really good season last year and I’m excited at what we can achieve together this season.

“The Westfield W-League is a tough competition.

“I’m familiar with several of the players from the NWSL, but there is a lot of Australian domestic talent that I’m looking forward to getting familiar with as well.

“The move to Perth has been a long time coming and is something that I’m really excited to experience.

“I’m looking forward to experiencing the challenge of a new league, teammates and style of play and I’m pretty sure the weather is going to require a new level of fitness too!

“The initial adjustment ahead of the first game is going to be tough, but then I’m keen to settle in with the team and bring my experience to the Glory defence.

“I can’t wait to meet the girls and get out on the pitch among the crowd.

“I hope we can achieve something really special together this season!”

Glory Westfield W-League Head Coach Bobby Despotovski is confident that the new recruit will make a big impact in the upcoming campaign.

“Celia is an exciting and versatile player with plenty of experience at the highest level,” he said.

“We’ll look to play her mainly on the left side of midfield and she is the kind of player whose presence will really help the aspiring young girls that we have in the squad this year.”

Further Westfield W-League signings will be announced in the very near future.