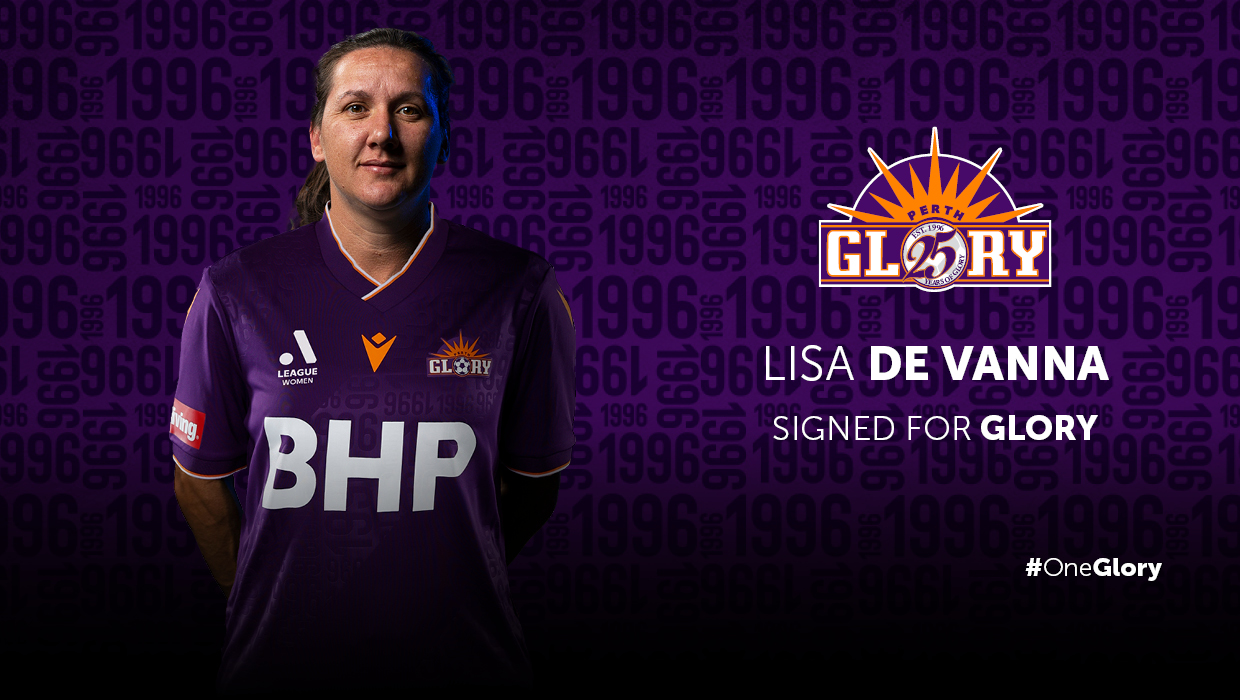 Perth Glory is delighted to confirm that Lisa De Vanna has signed with the club for the A-League Women 2021/22 Season.

One of the greatest forwards that Australia has ever produced, the Perth local is the second most-capped Matildas player of all time having made 150 international appearances, during which she scored 47 goals.

At club level, meanwhile, she has had two previous spells with Glory, in 2008-09 and 2012-13 and represented a host of leading clubs around the world including Sky Blue FC, Orlando Pride and Washington Spirit in the USA, Fiorentina in Italy and AIK and Linkoping in Sweden.

De Vanna is now looking forward to writing a new chapter in her remarkable career with a club that has always remained close to her heart.

“I only very recently decided to get back on board,” she said.

“Alex Epakis [Head Coach] has created a safe, supportive environment and Tony Sage [Club Owner and Chairman] showed me great respect by going out of his way to meet me in person, which I really appreciated and am grateful for.

“Alex has put no pressure or expectation on me; just for me to fall in love with the game again.

“I started my career here and now I want to give back to the family, friends and fans who have supported me along my journey.

“I’m focused on being a good influence on the young players and helping bring the best out of them; that was a real game-changer for me.

“A winning mentality never dies and that’s why I’m committed to doing everything I can to bring a first ever Championship to my hometown club.”

Epakis, meanwhile, is relishing the prospect of seeing De Vanna donning the famous purple once again this season.

“Lisa is a proud West Australian and I know she is valuing the opportunity to represent her hometown club as part of what is shaping up to be a very dynamic and exciting squad to work with,” he said.

“She has a proven track record at every level of the game, is extremely motivated to succeed on a team level and will provide even further x-factor to our attack.

“Lisa has been involved with the team for over a month now, has fitted in extremely well into our environment and culture and is focused on working hard to ensure the team has a competitive campaign.

“I look forward to coaching her this season and am eager to see her combine with the other fantastic players we currently have in the team.”

Glory CEO Tony Pignata is similarly delighted to see a player of De Vanna’s quality and stature bolstering what is already a squad packed with potential.

“Lisa’s record speaks for itself,” he said, “and she remains one of the most dangerous forwards Australian and indeed, world football, has ever seen.

“Her experience and winning mentality will make her an invaluable member of the group and I’m sure our Members and fans are incredibly excited to see her back in a Glory shirt this year.”

De Vanna’s other honours include a W-League Premiership with Melbourne City in 2015-16, the Julie Dolan Medal in 2002-03, twice being named in the FIFA Women’s World Cup All Star team and helping Australia claim the AFC Women’s Asian Cup in 2010.

Glory’s A-League Women season gets underway on Saturday 4 December with a home game against Brisbane Roar.