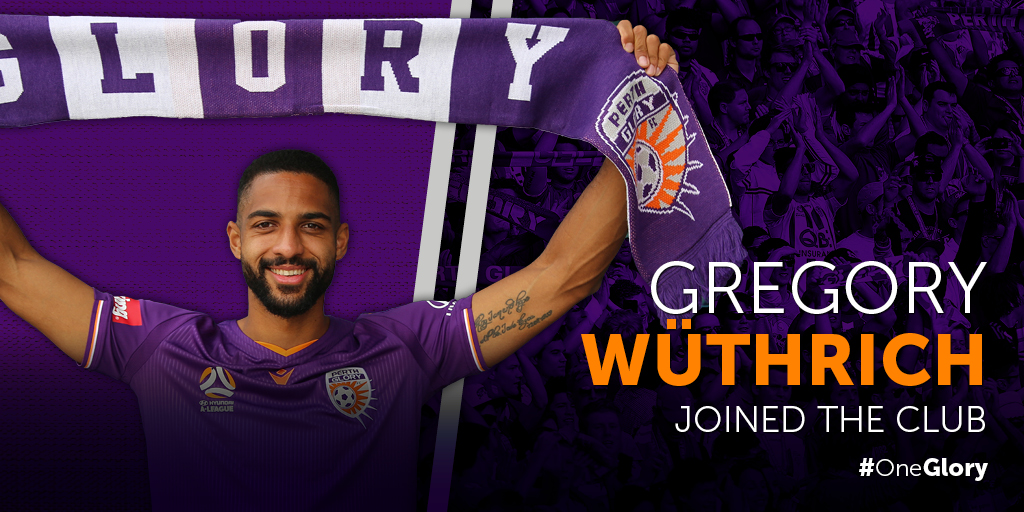 Perth Glory is delighted to confirm that Swiss defender Gregory Wuthrich has signed a one-year deal with the club.

The 24-year-old, 1.92m centre-back has represented Switzerland at every level from Under-15 to Under-21 and was a part of the Young Boys side that won the Swiss Super League title in 2017-18.

Other than a brief loan with top-flight rivals Grasshopper, he has spent his entire career to date with Young Boys, his hometown club.

“I’m really happy to be here,” Wuthrich said. “I talked to Tony Popovic and after that conversation I was ready to join the club.”

“I was looking for a new challenge and the way the coach talked about the club’s style of play, in terms of playing out from the back, was very exciting and exactly what I wanted to hear.”

“Everyone at the club has been really kind to me since my arrival here, it’s been a great first impression and I can’t wait to get started,” he said.

Perth Glory Football Director Jacob Burns believes that the new recruit has all the attributes required to make a major impact in the Hyundai A-League.

“Gregory is a commanding central defender who is comfortable on the ball and he brings plenty of experience having played regularly in the Swiss Super League and also in the UEFA Champions League and UEFA Europa League,” he said.

“We believe that he has the ability to make a significant contribution for us in both the Hyundai A-League and Asian Champions League this season.”

“The club has been looking to add another quality defender for some time and we feel that Gregory very much fits the bill,” he said.

“We look forward to seeing him play his part as we look to build upon last year’s Premiers’ Plate success.