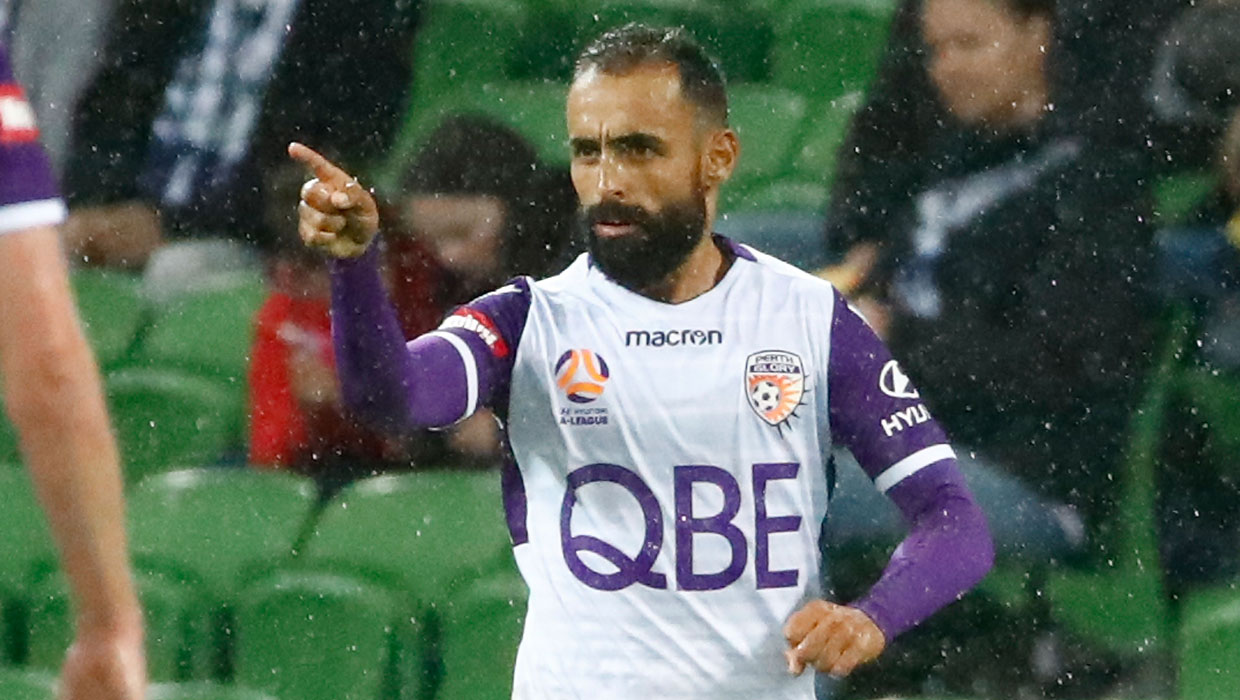 Diego Castro has been confirmed as Glory’s club captain for the Hyundai A-League 2018/19 Season.

The Spaniard will be supported by a three-man leadership group composed of Andy Keogh, Shane Lowry and Liam Reddy.

The announcement was made at Wednesday’s Glory in Business Lunch where Castro confirmed that he is thrilled to have been awarded the armband.

“It’s a big honour and a responsibility at the same time,” he said, “but I’m taking that responsibility with all the support of my teammates and the coaching staff.

“It’s a positive thing in my career and I’m ready for the new challenge.

“I’ve been a captain before a couple of times in my career and this will be an experience that will help me grow and develop.”

When asked about his leadership style, meanwhile, the former Johnny Warren Medal winner insisted that not much will change.

“I don’t think I’ll be too different to the way I’ve been before,” he said.

“I’ve always tried to lead by example and suggest advice to the younger players.

“We have lots of experienced players and staff who can help with this.

“In football, it’s easy to communicate. It is simple to get my message across to the other players.

“Maybe talking to the media is a tough one because it’s not as easy to express myself as well in English as I do in Spanish, but I will do my best.

“I think we will do our talking on the field this year.”

Glory Head Coach Tony Popovic is adamant that the man who joined Glory in 2015 is well qualified to lead the side.

“Diego was a natural choice,” he said.

“During the three seasons that he has spent here at Perth Glory, he has been a leader on and off the field.

“We are fortunate to have a strong leadership group in the squad which will be a great benefit for us throughout the exciting journey that lies ahead.”
#OneGlory

Glory start the new campaign by hosting Western Sydney Wanderers on Sunday (kick off at 4pm) and you can grab your tickets for the big nib Stadium clash HERE or a membership HERE.